Due to the Government’s recent so-called attack on buy-to-let, you would be forgiven for believing that property investment is no longer a viable option. But if you invest in major UK cities, excluding London, it still could be…

Combined with Brexit, stricter lending criteria and an unaffordable property market, the Government’s tax changes are making buy-to-let seem like a broken market.

But investing in buy-to-let could still be a lucrative option if you choose major UK cities, explains Paul Mahoney, the Managing Director of Nova Financial, a property investment and finance advisory company.

Speaking to CityAM, Mahoney explained how the buy-to-let sector is changing:

Paul, we’ll start with the big question, is buy-to-let dead?

“Great question, and certainly a topic of hot debate at present. When considering the tax changes and higher rental coverage rates for lending, there are certainly some areas where buy-to-let property investment is becoming a lot less viable. London and the South East are the main areas that stand out, given lower rental yields that average circa 3.5% that restrict the maximum borrowings in most cases to less than 60%, so a lot more cash needs to be applied.

“And given the average property price in London is now well over £500,000, the average cash investment is well over £200,000 including costs. Due to the low yields available in these areas, properties that are leveraged at 60% loan-to-value (LTV) are barely breaking even and, therefore, landlords are exposed to interest rate rises and potential negative cash flow situations. Add to this the tax changes which will reduce the tax efficiency of an investment for anyone earning more than £50,000 if the investment is in their personal name, and you have quite a few reasons to not be investing now.” 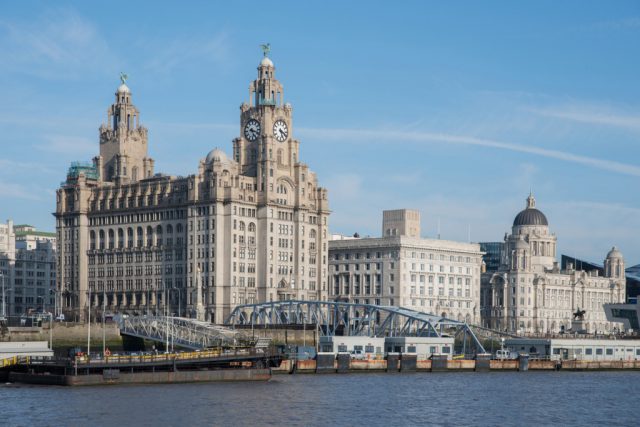 Well that all sounds quite negative with regards to London. Are there other areas worth looking at?

“I’m glad you asked. Many of our clients have been investing in other major UK cities such as Birmingham, Manchester and Liverpool. The most interesting trend affecting the property market currently is North Shoring, which is the movement of employment from London to  the North West. Net migration is strongly positive from London to the Midlands and the North West, which is being driven by strong job growth. Manchester alone has benefitted from over 60,000 new jobs since 2011, and major companies, such as Ernst & Young, Price Waterhouse Cooper and Deutsch Bank, to name a few, are contributing. This is driving strong population growth to cities such as Birmingham, Manchester and Liverpool, and changing the dynamics in a very positive way.”

That’s very interesting. I suppose the general consensus has been that London is more stable and will provide more growth – what are your thoughts on that?

“Well, if we look at the changes that have occurred in Liverpool over the past 12 months, job growth year-on-year to June 2016 was 38.1% and the economy grew by 15%, which is incredible. There is also over £10 billion of infrastructure spending currently underway in central Liverpool, which is expected to create over 100,000 new jobs over the next decade. That will affect the property market in a positive way.

“Each of the cities on average have outperformed London over the past 12 months for capital growth and are providing circa double the yields, so there seems to be a swing coming about in the UK property market.”

How do the tax and lending changes affect cities like Birmingham, Manchester and Liverpool?

“Given that yields generally range from 6-8%+, there is no problem with rental coverage at all and, although the tax changes may slightly impact upon some investors’ cash flow, there is a stronger buffer given the difference between interest rates and the yield is greater.

“These changes  are therefore far less likely to impact the above mentioned cities and, in  fact, have already started to impact them positively as the shine comes off London, and investor interest is shifting to each of these cities from both domestic and international investors.”

So where have most of your clients been investing and what returns are they getting?

“The vast majority of our clients have been investing in the Liverpool and Manchester city centres renting to young professionals. With the ability to borrow up to 75% LTV at interest rates of circa 2.5% and generate yields of 7%+, the net return on investment is mostly 10%+, excluding growth.

“A fairly average growth rate of 5% per annum offers a 20% return on your deposit, as you’ve leveraged four times, so when you  add that to cash flow, that is 30%+ per annum. This may seem very high, even too high to be true, but it is due to the borrowings which accelerate returns on your cash deposit four times.”

Is there any way that people can avoid the tax changes?

“Yes, many of our clients have been investing through limited company structures or in a spouses’ names, but you should seek advice before doing either.”