A new report has revealed that buy-to-let investors’ rush to beat the Stamp Duty deadline saw property prices in Britain’s largest 20 cities rise at the highest rate for 12 years.

During the opening quarter of 2016, house price growth in these UK cities reached 10.8%, which outstripped the 8.7% recorded in the rest of Britain.

Liverpool, Cardiff and Southampton saw some of the largest quarterly price rises, as investors searched for cheaper cities in which to invest. The largest house price rises during the quarter were recorded in Liverpool and London, where prices rose by 4.1%.

Cardiff saw the second largest rises at 3.5%, with Bristol and Southampton seeing increases of 3.3%. However, the smallest rises were recorded in Belfast and Newcastle, where prices rose by just 0.9%.

Peter Armistead, of Armistead Property Ltd, believes that the most savvy investors will be looking to the North of England. Here, yields are a typically higher, with lower capital investment.

Armistead noted, ‘though London gives investors unparalled capital growth, it comes at a cost. Yields in the capital are not as good as many other cities and property prices are very high. Investors buying in the north can acquire two to three properties for the price of one in London. Landlords that are looking to invest, post the stamp duty rise, will be looking carefully at any investment, to ensure it maximises profits.’[1]

Manchester and Liverpool deliver some of the best rental yields in the UK, with Manchester recording average annual rental yields of 6.02% over five years, followed by Liverpool with 5.15% yields. An average residential property in Manchester is just £155,000, while a flat in a good area, costs as little as £120,000,’ he continued.[1] 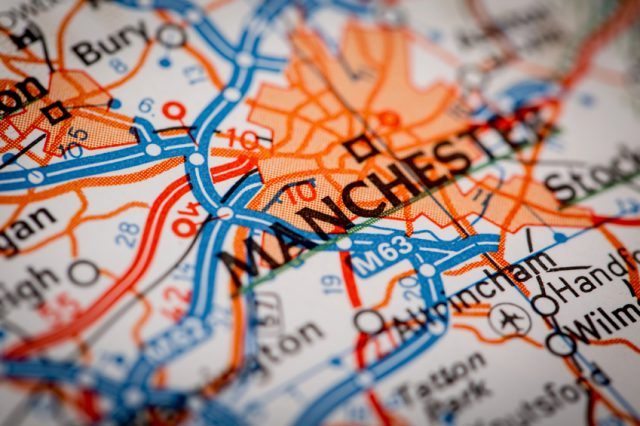 Mr Armistead went on to observe that, ‘A property in Manchester can provide a 5% minimum cash rental yield and a typical 12% total cash yield, including 7% capital appreciation.  Demand for rental accommodation is strong and by comparison with other regions, housing is cheaper.’[1]

In comparison, yields in London and the South-East are much lower – around an average of 4.86% in outer London and 4.71% in the City, according to LendInvest. House prices in London are about five times what they are in parts of the North West, but salaries are only 30% higher.’[1]