This month has brought the big news that MPs have overwhelmingly voted to allow Theresa May to trigger Brexit under Article 50. But what will the UK’s exit from the EU mean for the student lettings market?

With a 498-majority vote, the Prime Minister is now one step closer to reaching her goal of starting negotiations with Europe by the end of March 2017. 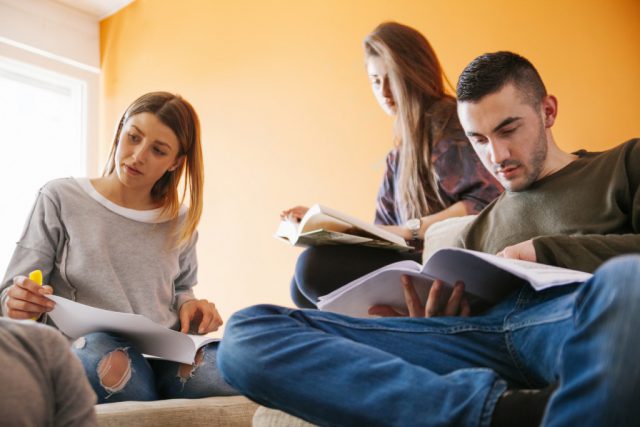 However, as Theresa May visits the House of Lords debate over Article 50, there are still plenty of questions surrounding the student lettings market; Will rents rise or fall? Will supply and demand change?

Although some experts predict a bright future for student landlords, others say the student lettings market is highly unpredictable and unstable. But it’s probably somewhere in between, believes student lettings portal StudentTenant.com.

In the last academic year, 1.72m students studied an undergraduate degree at a UK university, of which 7.2% were from EU countries.

German students top the list, with a total of 13,425 studying at university level, closely followed by French and Italian students (12,525 and 12,135 respectively).

But what will Brexit mean for EU students in the future? With immigration control central to the Brexit plans, it is looking likely that non-UK students may have to apply for a student visa or short-term study visa in order to study and live in the UK.

Danielle Cullen, the Managing Director of StudentTenant, explains how Brexit will affect the student lettings market: “Naturally, landlords are worried about the uncertainty surrounding the student lettings market as a direct impact of Brexit. It is becoming increasingly alarming that EU students will have to apply for a study visa; it’s another hoop to jump through before they get access to a British university education.

“We could see a fall in EU students in the UK following Brexit, which would have a significant impact on student landlords. Supply could well outgrow demand, putting pressure on landlords to find tenants and maximise the profitability of to let properties. We’ve seen plenty of experts predict a vast drop in demand for student letting as a result of potential EU immigration restrictions, but there is still time to change that.”

She adds: “Our Government must take steps to ensure Britain remains welcoming to international students, not just for the student rental market, but to ensure British universities are innovating with the brightest and best minds.”

Following the vote to trigger Article 50, Theresa May was quick to release the Government’s plans for leaving the EU, dubbed the Brexit White Paper. The official policy document outlines the key themes for negotiation with the EU, immigration, trade and sovereignty, all of which could have a huge impact on the student lettings market.