The Bank of England (BoE) has frozen its base rate at a record low 0.25% for yet another month. 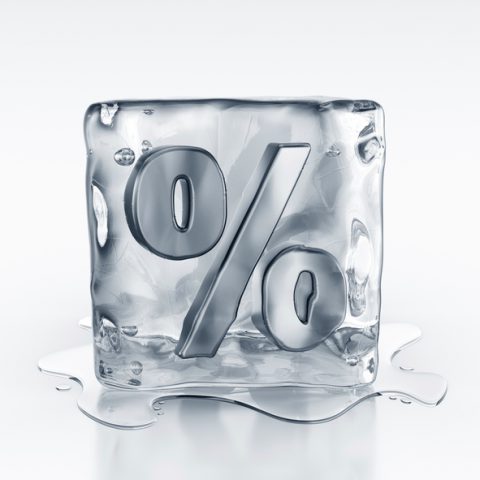 The Monetary Policy Committee voted to keep the record low 0.25% rate on hold, with the economy performing much better than most experts predicted in the wake of last year’s Brexit vote.

The base rate was originally cut to a record low 0.25% in August last year

Financial markets forecast a 50% chance of a rate increase by December this year, although many economists now believe it could be much later.

That said, a rise isn’t set in stone, with the Governor of the BoE, Mark Carney, suggesting last month that the rate could even be cut further.

The economy has grown by 0.6% in each of the past three quarters, contradicting predictions by experts, including those at the Bank, of a sharp decline after the vote to leave the EU.

The BoE, which had warned that a Brexit vote could tip the UK into recession, has increased its growth forecasts since the EU referendum, with its latest quarterly inflation report expected to show a further nudge upwards for 2017.

So how will the record low 0.25% rate affect property owners and buyers?

The CEO of eMoov.co.uk, Russell Quirk, explains: “Today’s decision is great news and will no doubt boost both UK buyers and sellers, as well as the wider economy. It also acts as validation that the overall market stability seen throughout 2016 should carry on well into 2017, with the UK property market remaining in good health.

“With interest rates remaining as they are, the wider availability of affordable mortgage rates should further encourage buyers that now is as good a time as any to get that first foot on the ladder.”

He continues: “Some may even argue that a slight cooling in property values across the nation isn’t such a bad thing, and will further aid struggling buyers and help to partially address the growing housing crisis in the UK, although those already on the ladder may not share such a view.

“But a word of warning: those looking to buy should still do so wisely and not be encouraged to buy beyond their means due to today’s further rate freeze. It is inevitable that, at some point, interest rates will increase, and the normal rate being enjoyed currently could increase to 3-4%. Should this happen, those that are ill-equipped to deal with the escalating financial costs will find themselves in a very tough predicament.”

What do you think of the rate freeze?

Concerning new forecasts indicate that buy-to-let investors face having to pay an extra £6,700 on their mortgage, when new rules …