In a new study from Good Move, Birmingham has been named and shamed as the least eco-friendly city in the UK, whilst Bristol has taken the top spot.

Cities were ranked by a variety of sustainability factors, which were averaged out to produce an overall score and generate a leaderboard.

Of the five ranking categories, Bristol came first in three. Bristol’s carbon emissions, recycling rates and gas consumption, were better than any other city in the UK. 47% of household waste is recycled or composted, at least 6% more than any other city, and Bristol was the only city to use less than 3000kw/h of gas per year.

In second place was Edinburgh, which took the penultimate place largely due to it 49 hectares of publicly available green space, which is more than any other UK city. Interestingly, Glasgow has the second largest amount of green space with 32 hectares, showing that Scottish cities have a major focus in this area.

Poor recycling and emissions dragged Birmingham to the bottom of the table. Only 22% of Brummie’s waste is recycled, and only London has worse carbon emission figures.

The five most environmentally-friendly UK cities are:

In contrast, the five least eco-friendly cities are:

London fares poorly when it comes to carbon emissions (29,709 tonnes) and gas consumption (61,546kw/h), which are both higher than the other nine major cities COMBINED.

Ross Counsell, Director at Good Move, said: “The world is finally waking up to the dangers of climate change and the impact that our lifestyles are having on the planet.

“Our research has highlighted which UK cities are particularly guilty of being unsustainable, while also praising those who are taking steps to address the issues. However, progress can only be made if the country works together as a whole, making informed changes on a national scale.” 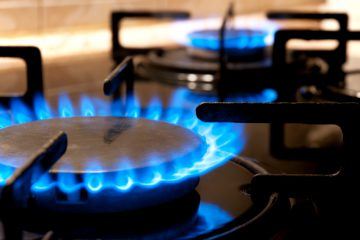 UK housing could soon be facing a huge upheaval, as the UN climate change deal in Paris could mark the …

UK housing could soon be facing a huge upheaval, as the UN climate change deal in Par...