Interesting new research has revealed that there is a high level of anxiety surrounding the troublesome Japanese Knotweed.

The survey, carried out by YouGov and Environet UK, showed that 78% of would-be homeowners would be deterred from buying a property if they knew that the weed was present in the garden.

Reasons for this concern included:

Responses to the report suggest that there is also a high level of myth and misinformation around the threat posed by the weed and the options to remove it.

75% of Britons were found to be aware of the plant, but only 4% were aware of it actually being present in their property. People of Wales were particularly aware, with 95%, while 80% of people in the South East said they were.

Those looking for a comprehensive lowdown on the plant, how to remove it and their legal obligations can found out more in this guide. 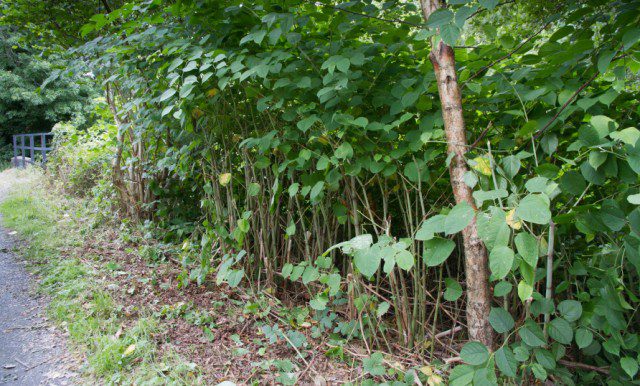 Nic Seal, MD and Founder of Environet, said: ‘Homeowners are right to be concerned about the threat posed by Japanese knotweed. Attempting to deal with it by cutting it down repeatedly, burning it, burying it or using common weed killers simply won’t work as the plant can lie dormant beneath the ground, only to strike again when people least expect it.’

‘Yet for those wishing to buy or sell a property, it doesn’t have to be a deal breaker. Japanese knotweed can be dealt with once and for all, within a matter of days from discovery, so there is hope for buyers who may have otherwise walked away from their dream home.’[1]

Philip Santo, Chartered Surveyor and Director at Philip Santo & Co, added: ‘RICS shares concerns that many people believe Japanese Knotweed poses a much greater risk than it really does.’

‘Since RICS issued guidance in 2012 the situation for buyers and sellers has greatly improved. For most affected properties there is now access to mortgage finance once an approved Japanese Knotweed Management Plan is in place. DIY remedies can make matters worse and should not be attempted.’[1]