The Average Rent Edged Up to £900 per Month in May

The average rent across England and Wales edged up to over £900 per month in May, after growth was recorded in four of the eight regions monitored by the Goodlord rental index.

Nationally, the average rent stood at £901 per month in May, following month-on-month growth.

The region with the lowest average rent in May was the North East, at £634 a month.

According to the index, the average rent price in each region, per month, was as follows:

Goodlord also found that landlords in the South West experienced the shortest void periods in May, at an average of just 15 days.

Void periods were longest in the North East, at an average of 28 days, followed by the North West, at 25 days.

The average void period across all regions in May was 20 days.

Nationally, fixed term tenancies were just under a year in May, at an average of 11 months. The longest average terms were found in London, at 14 months, followed by the South East, at 12 months.

The North East and West Midlands were the most affordable regions for tenants to rent in May, both with an average property affordability of 4.1.

Affordability is defined as a tenant’s annual income divided by their yearly rent share. London and the South East remained the most unaffordable regions to rent a home.

Whether you’re a landlord or tenant, how does this average rent compare to the prices on your properties? 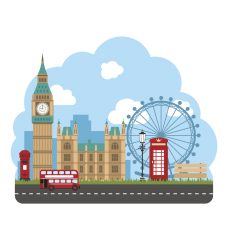