The usual autumn house price bounce has so far failed to materialise, according to the latest House Price Index from Rightmove, for September 2017, with a drop of 1.2% in the average price of property coming to market.

This is the first decline at this time of year since 2013, though the national average fall has very much been exacerbated by a large 2.9% monthly decrease in London and smaller drops in all other southern regions. The national monthly decline when removing London would be a much smaller 0.5%.

The London fall is being driven by its continued readjustment, particularly in the higher-end boroughs, with decreases in five out of the six most expensive boroughs this month.

The Director and Housing Market Analyst at Rightmove, Miles Shipside, comments: “As we enter the autumn selling season, it is usual to see estate agents advising new-to-the-market sellers to push up their asking prices. But, this year, all four southern regions have seen new sellers on average asking less than those of a month ago, reducing the national rate of increase.

“There were autumn price bounces nationally in 2014, 2015 and 2016, but the south of the country has turned this month into a bit of a damp squib, whilst some northern regions are still showing marginal signs of upwards price pressure. Estate agents are clearly advising many sellers that they have to lower their price expectations to fit in with buyers’ stretched financial resources, with that price compromise hopefully generating extra buyer interest.”

With the average price of property coming onto the market having risen every year for the last six years, most buyers have seen their buying power eroding away. But, annual average wage growth is now outstripping the annual rate of house price growth in newly-marketed property.

The Office for National Statistics (ONS) has reported that average annual wage growth was running at 2.1% in both the second quarter (Q2) of this year and the month of July, while the price of property coming onto the market is now increasing at just 1.1%. This is the lowest annual rate of house price inflation since February 2012, when it stood at 0.7%. 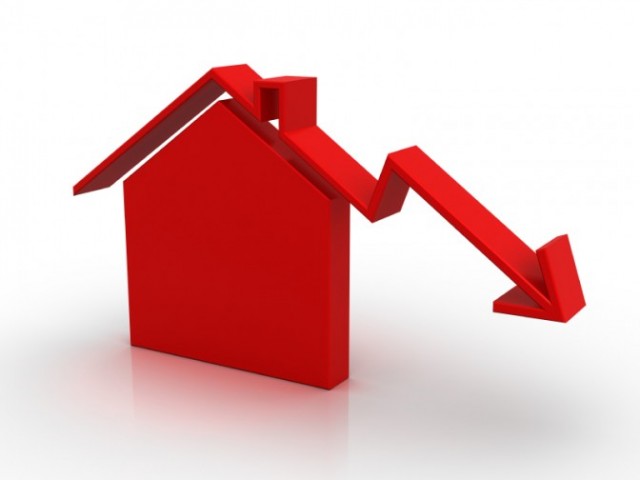 Shipside explains the figures: “It’s unavoidable that prices will eventually reach a limit and, having gone up every year for the last six years, the pace of price rises for newly-marketed property is now dawdling at just 1.1%.

“Interest rates cannot realistically drop any further to help buyer affordability, but the potentially good news for buyers’ finances, which have been under attack for years, is that there is some relief from the wage-rise cavalry. Average wage rises are now running at nearly double the annual rate of property price rises and, the longer any meaningful differential is maintained, then the greater the improvement in buyer affordability. Having finally turned the tables to potentially improve their buying power, buyers will now be hoping that it is not eroded again by an interest rate rise or rampant consumer price inflation.”

Whilst affordability constraints are a major factor in the slowing pace of house price growth, demand for the right housing at the right price remains strong, due to historic under-supply. Some discretionary movers are deterred by a lack of choice and the cost of moving, and the political outlook remains uncertain.

However, in spite of these factors, the number of sales being agreed by estate agents is 4.8% higher than in the same period last year, with all regions recording growth, including London, which is performing strongly at 5.6% – up despite its large monthly price decline.

Looking at the market by property sector, sales agreed for second-stepper homes, typically those with three bedrooms, have risen by 6.7% on last year, with this sector also seeing the largest annual price increase, at 2.9%.

Shipside observes: “The housing needs of growing families are harder to postpone than other more discretionary moves, and this has resulted in average asking prices for typical second-stepper type homes increasing at over twice the overall national average rate. With competition among lenders to lend, increasing wages and the lowest level of unemployment since 1975, buyers are still keen to buy if the property is worth the money and well presented. If more sellers appreciate that sensible pricing is the best way forward, then this will help to maintain good levels of buyer activity, despite the uncertain political outlook.”

Robert McLaughlin, the Sales Director of Kinleigh Folkard & Hayward estate agent in London, comments: “We’ve advised sellers in many locations across London that the current market requires sensible and realistic pricing. Pockets of high demand still exist, but tend to be concentrated around specific streets, schools and transport hubs. Transaction volumes are increasing and properties priced realistically continue to sell well, but those looking to enter the market should speak to a local agent who really knows their patch, in order to get an understanding of local activity and demand.”

The Branch Manager of RE/MAX in prime central London, Roger Collings, continues: “Between 2009 and 2015, the large majority of property buyers were cash buyers, although currently not so much. In the current market, sales volumes have dropped in prime central London, and the market has softened to some degree. We are finding that most homeowners are not in any hurry to get rid of their properties, which has resulted in fewer listings available to buyers and fewer sales.

“In 2009 until 2015, the central London market was inundated with investors looking to purchase property as a way to invest their money in a safe financial environment. However, since the introduction of the 3% surcharge on Stamp Duty paid by investors, along with the uncertainty as to how Brexit will impact London’s property market, investors have been standing on the sidelines. We are beginning to see more and more investors venturing back into the market, but we are still a long way from the volumes we saw pre-referendum. There are markets outside of central London that are still buoyant with local buyers.”

Mark Manning, the Director of Manning Stainton in Leeds, Harrogate, Wetherby and Wakefield, also offers his reaction to the index: “The market across our region experienced a fairly traditional summer slowdown but, interestingly, managed to outperform our results from the same period one year ago. There has been a 10% increase in the volume of new seller enquiries over the last three months, in contrast with the same period in 2016, and a more modest 2% increase in the number of new buyer registrations, but an increase nonetheless. All of this equates to a market which continues to offer good results and steady price growth as we head into the second busy period of 2017. And with a continuing appetite amongst mortgage providers to lend and a relative lack of stock in the market, it’s difficult to see how this trend will change in the short-term across our region.”

Finally, the Founder and CEO of online estate agent eMoov.co.uk, Russell Quirk, adds: “On the contrary to what Rightmove may be reporting, we’ve already seen signs of a bounce back in house prices during the back end of the summer months. As this index is based on asking prices and not data on completed sales, it is important to take it with a pinch of salt where the strength of the market is concerned and not be drawn into any scaremongering based on initial asking prices.

“We are heading into one of the busiest times of year for the UK property market and, whilst traditionally many agents may have encouraged sellers to over-price to get them on the books, the slower market over the last year has probably put a halt to this. I think many sellers are also realising this and listing their property at a more realistic price from the off, rather than see little interest and have to adjust further down the line.”