LendInvest has published the results of its survey of property developers, revealing what they think will affect house price growth in the next five years.

Only a quarter (24%) believed that political developments, such as further elections and Brexit, will affect house price growth the most.

A fifth (20%) of those who took part in the survey thought shortage in supply of housing to be the biggest concern affecting house prices, while 16% of aspiring developers cited the construction of new infrastructure such as the new HS2 and Crossrail lines as the key influencing factor.

Steve Larkin, Director of Development at LendInvest, commented: “It is great to see that the next generation of SME housebuilders are so confident about prospects for the housing market in the medium term. Typically, we might expect to see more scepticism or concern surrounding the impact of Brexit on the market. Likewise, shortage of supply is the conventional culprit for pushing house prices up.

“Naturally we must wait to see how the economic and political developments of the next year or two unfold. But for now, it’s encouraging to see these aspiring developers taking such a fresh perspective on the market they’re entering.” “Demand for housing is often noted to be ‘income elastic’ – with rising incomes leading to more being spent on houses.”

In a recession for example, falling or loss of incomes will mean people can’t afford to buy. In addition, those who lose their job may find they can’t keep up with mortgage payments and end up having their home repossessed. Unemployment is also linked to economic growth; fewer people will be able to afford a house with higher employment rates, and even the fear of an unstable jobs market will put people off buying a house.

With house prices still out of reach for millions of people, Dan Wilson Craw, director of Generation Rent, says: “Rising house prices over the past 25 years have put home ownership out of reach for millions of people. But this trend has created a feedback loop that encourages investors to speculate on property. This diverts capital from productive parts of the economy, and lifts prices even further away from what the average household can afford.

“Dispelling expectations that prices will keep rising will also help ensure that the landlords who are renting to the rest of us are doing it to provide long-term homes rather than gambling on capital gains and booting out tenants when they want to cash in.” 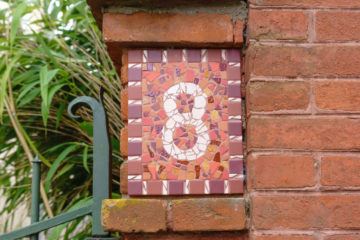