What Will Apple’s Relocation Mean for the Wandsworth Property Market?

As Apple commits to relocating to the regenerated Battersea Power Station site by 2021, leading online estate agent eMoov.co.uk has examined what impact this could have on the local Wandsworth property market.

The agent has analysed price change in the London Borough of Wandsworth and four other locations where big name brands have moved into an area, bringing with them a large number of job opportunities. eMoov then compared house price growth since the arrival of each company with the country as a whole, as well as the period prior to the firm’s arrival.

Since its final closure in 1983, the fate of Battersea Power Station has remained largely undecided. The first glimmer of hope for the area came in November 2006, when Real Estate Opportunities bought the site. In the six years prior to this deal, the average house price in Wandsworth had risen by a notable 77%, but 2% less than London as a whole.

Over the five years following the deal with Real Estate Opportunities, the intended regeneration scheme helped to breathe new life into the Wandsworth property market, with house prices accelerating in growth by 16% – 5% higher than the capital as a whole.

However, in November 2011, the Real Estate Opportunities scheme collapsed and the site went into administration. Despite this, house prices continued to climb across Wandsworth, rising by 18% between the collapse of the scheme and the start of construction on the latest project – 4% higher than the London average.

Despite this, it appears that those living and looking to buy in the area prefer the idea of regeneration than the actual implementation of it. Since work has begun on the site, the average house price across London has soared by 46%, while in Wandsworth, it has only managed a rise of 36%.

That said, with Apple committing to the site as the location of its UK headquarters, this slower rate of growth could soon be reversed, if other examples are anything to go by… 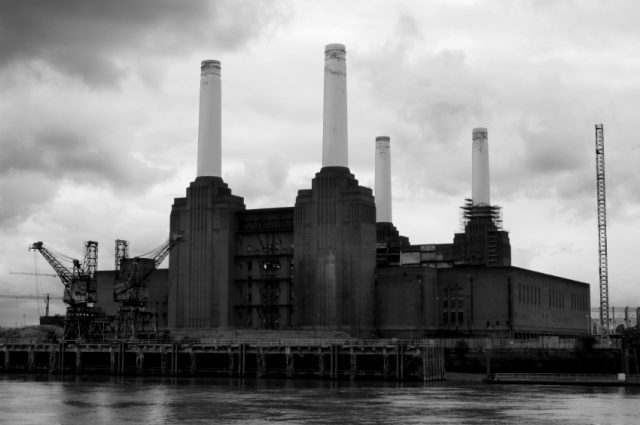 What Will Apple’s Relocation Mean for the Wandsworth Property Market?

In the ten years prior to the opening of Mercedes-Benz World in Weybridge, the average house price in Elmbridge rose by a whopping 198%. Although this is a huge rate of growth, it doesn’t touch the increase seen across England as a whole over the same period, of 226%.

McLaren’s relocation to nearby Woking has also had a positive impact on the local market. Since the McLaren Technology Centre opened in 2003, house price growth has exceeded the average across England (82%) by 10%.

Similarly, the opening of EA Games’ Criterion headquarters in Guildford has brought a change of fortune to the area’s property market.

Although the presence of the company precedes the recent and ongoing regeneration of Guildford town centre, house prices in the area have increased by 44% since the firm moved to the town in 2007 – 17% higher than the rise recorded across England (27%) over the same period.

However, looking back over the eight years previous to the company’s relocation, the local market in Guildford only saw an increase of 158% – lower than the 195% growth experienced in England as a whole.

The BBC’s decision to head to Salford in 2011, bringing with it a host of job opportunities and existing employees looking for homes, seems to have elevated the local property market.

Since it started the move in May 2011, the average house price in Salford has risen by 30% – 3% slower than the country as a whole.

However, when compared with the state of the market previously, the data highlights the monumental turnaround that the regeneration of the dockland area and companies such as the BBC have had on the property market.

In the four years previous to the BBC moving its headquarters to Manchester, the average house price in England rose by 1%. Unfortunately for homeowners in Salford, the local market suffered a decline of 9% during the same period. Although house prices in Salford are still marginally trailing behind the rest of the country now, they have come out of the depths of the property market to almost on par with the rest of the country in just five years.

The Founder and CEO of eMoov, Russell Quirk, comments on the findings: “The regeneration of such an iconic landmark and the surrounding area is always going to impact the local market positively and, despite price growth slowing since work has started at Battersea, the area should soon overtake growth rates across London once it nears completion.

“The commitment by Apple to move to the site will bring a huge boost. Not only will the job opportunities on offer help the local economy, but when big brands relocate to an area, it creates a ripple effect of desirability across the whole market, whether you work for them or not.”

He explains: “We believe that prices in Wandsworth will continue to increase until 2021, but once Apple arrives, the market should see a notable jump in values. Wandsworth could see property increase by as much as 40% between 2021 and 2025, so it’s worth getting on the ladder now, as the rate of growth should once again surpass that of the capital as a whole.”

Landlords, if you’re looking for significant capital gains, the Wandsworth property market could be your best bet!