House price growth is at the highest level in nearly seven years, according to Nationwide’s May 2021 House Price Index.

The latest report from Nationwide highlights that annual house price growth has increased to 10.9%. Prices are also up 1.8% month-on-month, following a 2.3% rise in April. The average house price is now £242,832, a new record that is up £23,930 over the past twelve months.

Lucy Pendleton, property expert at independent estate agents James Pendleton, comments: “The market is hitting peak exuberance now as we enter summer. In fact, it has hit a rate of growth not seen since the UK market roared back to life from the doldrums created by the Global Financial Crisis.

“Such fierce appreciation is certainly attention grabbing but when property hits double-digit growth like this, it’s normally a brief squint at the sun before falling back down to Earth. That will probably happen in July due to the effects of a two-month interruption of house price growth last year.

“It feels like buyers have no ceiling to guide them at the moment, however the market is still split in London. The capital has been trailing the national picture on average recently and that has much to do with continued disparity between the performance of houses with gardens compared with flats and maisonettes, of which London has many.

“It is still landlords trying to cash in with low quality stock and vendors of unremarkable homes who continue to struggle. Meanwhile properties that tick all the boxes are enjoying price increases that are much more in line with the wider market’s bullish flair.

“Families are still feeling the pinch of snug properties and the walls have been bearing in on them for nearly a year and a half now. This is where the growth is coming from and there are still hordes of people chasing the dream of a big move this summer.”

Nicky Stevenson, Managing Director at national estate agent group Fine & Country, comments: “This barnstorming rate of growth is painting a picture of an absolutely wild market. That’s not too far from the truth but you’ve got to look over your shoulder for context now.

“This time last year the average price of a home sank back for the first time since the pandemic began and that’s helping to flatter the pace of growth, and also explains how it has leapt so far in a single month. Set that aside, though, and the market’s move in the past 12 months is still staggering.

“Many current buyers are those who delayed a move last year and would have been forgiven for thinking that competition would have cooled by now. Instead, they find themselves in an even tighter race as demand continues to outstrip supply. The buyers driving the market higher are still those looking for more space. Forever homes are still the order of the day and buyers are more than willing to do everything in their power to secure what they truly desire.

“There just aren’t enough of these larger properties coming onto the market in the right areas and there’s no sign this imbalance is going to resolve itself in time to suppress strong growth over the summer.”

Iain McKenzie, CEO of The Guild of Property Professionals, says: “At a time when much of the country seems to be enjoying a sense of normality once again, we would expect the property market to follow suit. Today’s figures show that the market didn’t get the memo.

“The frenzy to snap up a property at the tail end of a pandemic is showing no signs of stopping, with double digit growth in house prices throughout May – the highest we have seen in the best part of a decade.

“The success of the stamp duty holiday has certainly played its part, as well as the savings many have made while working from home.

“With a record-breaking new average house price, which has grown almost £24,000 over the past 12 months, it’s worth thinking about how your potential savings might not outweigh the inflated price of your new home.

“It is still crucial that prospective buyers go into the process with a sound understanding of the market and what they want from a new property.

“As demand in the market increases, the extra competition creates a fear of missing out that can distract buyers from the fundamentals. It’s important not to let the current property frenzy draw attention away from what you are really looking for.”

You can read the full findings in Nationwide’s House Price Index report for May 2021. 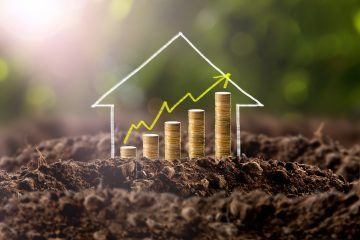 The May 2021 House Price Index from Halifax reports that UK property prices continue ...