Annual house price growth stood at a solid 5.0% in August, up from 4.5% in July, according to the latest official figures from the Office for National Statistics (ONS) and Land Registry.

The annual growth rate has slowed since mid-2016, but has remained broadly under 5% during 2017.

The main contributor to the increase in UK house prices was England, where the average property value increased by 5.3% over the year to August, with the typical home now worth £244,000.

On a regional basis, London continues to be home to the highest average property value in the UK, at £484,000, followed by the South East and the East of England, where average house prices are £325,000 and £288,000 respectively. The lowest average price continues to be found in the North East, at £131,000. 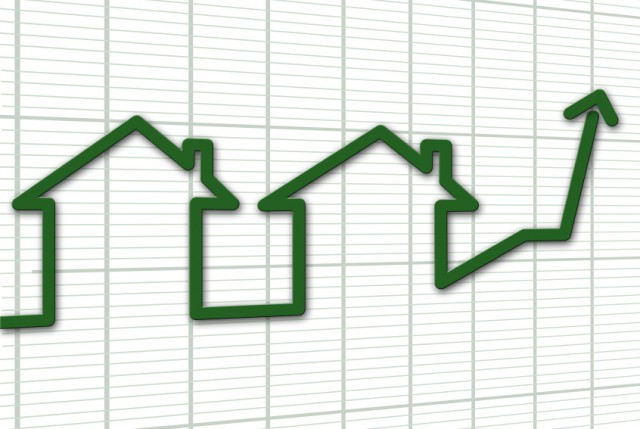 The North West showed the highest annual growth in the year to August, with prices up by an average of 6.5%. This was followed by the East of England, East Midlands and South West, where prices rose by 6.4% in each. The lowest annual growth was recorded in London, where the average property value was up by just 2.6% in the 12 months to August, followed by the North East, at 3.7%.

The local authority showing the highest annual rate of growth in the year to August was Wellingborough, where prices increased by an average of 15.3%, to reach £215,000.

Low numbers of sales transactions in some local authorities, such as the Shetland Islands and City of London, can lead to volatility in the series. Whilst efforts are made to account for this volatility, the change in price in these areas can be influenced by the type and number of properties sold in any given period.

The lowest annual rate of growth was recorded in Aberdeenshire, where prices dropped by an average of 5.7%, to stand at £189,000.

In August, the most expensive location to purchase a property was the Royal London Borough of Kensington and Chelsea, where the average home cost £1.2m. In contrast, the cheapest area to buy was Blaenau Gwent, which has an average property value of £82,000.

Ishaan Malhi, the CEO and Founder of online mortgage broker Trussle, responds to the latest house price figures: “House price growth is good news for homeowners, but won’t be welcomed by those looking to get on the ladder. We’ve already begun to see many lenders increase their rates this month, and there could be further rate rises on the horizon from the Bank of England. This will make securing a first mortgage that bit harder, though we should remember that there are still extremely attractive mortgage deals on the market.

“If the Bank of England does decide to raise the base rate next month, it will have an immediate impact on those on a variable rate mortgage, who will see their monthly mortgage payments creep up. With more rate rises potentially on the horizon, those nearing or beyond the end of their initial mortgage term should already be thinking about switching to a more suitable deal.”

Russell Quirk, the Founder and CEO of online estate agent eMoov.co.uk, also comments: “A rather modest rate of growth continues for the UK market, but positive growth nonetheless, which is good news for homeowners given the turbulent market conditions.

“This slowdown in price growth may seem as unusual as the sun that shone over the UK yesterday, but there are positive signs peeping through the clouds. While a slowing London market may be putting a dampener on the overall forecast, England continues to lead the way where prices are concerned, with many areas seeing strong annual growth.

“It’s testament to the diversity and resilience of the UK market that this growth is spread across the North West, South West, East and Midlands.

With a sustained level of buyer interest, albeit more cautious than usual, the market should weather any potential storm on the horizon, with the dark clouds of recent market uncertainty already starting to lift.”

The CEO and Co-Founder of buy-to-let specialist Landbay, John Goodall, offers his thoughts: “House prices rose across the UK in August, as the market shrugged off any signs of a prolonged summer slowdown. Although record low mortgage rates will be helping those who have already stumped up a deposit, escalating house prices will come as yet another blow to aspiring homeowners looking to get their foot on the housing ladder.

“It is essential that the Government doesn’t lose focus on addressing the housing crisis and makes good on its promise to build the thousands of new, affordable homes that people desperately need. Fast approaching, next month’s Autumn Budget will be a chance for the Chancellor to reassure the industry on these plans and, I hope, address some further urgent matters. Investment and planning in the areas where rental and house price growth is reaching particularly unsustainable levels, like the East of England, will be key.”

Richard Snook, the Senior Economist at PwC, has this to say: “Today’s housing market data from the ONS and Land Registry shows relatively little movement in price growth from the previous month. House price inflation rose to 5.0% in the year to August, from a downwardly revised 4.5% in July (originally reported as 5.1%). This takes the average UK price to £226,000 in August.

“London remains the weakest performing English region and the August figures show the average price of a home fell by £5,000 to £484,000. Prices are now just 2.5% higher than they were a year ago. With overall consumer price inflation at 2.7% in August, this means London’s house prices declined in real terms.

“The uncertainty over Brexit may be felt more keenly in London than other areas, due to the importance of international businesses. Figures from the City of London borough bear this out, where prices are down 18.4% compared to a year ago.

“Growth remained quite strong in the rest of England, especially in the North West, where prices were up 6.5% in the year to August. The East Midlands, South West and Eastern regions all showed growth of 6.4%.”