Despite house pace growth in England and Wales being steady during recent years, new research suggests that some parts of the country have not recovered from the financial crash of ten years ago.

The two worst affected places were found to be Blackpool and Sunderland. Average house prices here were found to be 15.3% and 13.3% under their levels in 2007, according to new research from HouseSimple.

Data from the research shows that the majority of areas where values have not recovered from these seen a decade ago are in the North. On the other hand, the largest rises have been seen in the South, led by London at 68.5% and Cambridge at 64.5%.

In order to compile the research, HouseSimple compared average house prices in June 2007 and June 2017 in over 60 major towns and cities across England and Wales. Nearly 1.5 million property transactions were completed in 2007, when property prices reached their peak levels.

Analysis from the report shows that in 28% of these towns and cities, average property prices are below 2007 values. Following Blackpool and Sunderland, Middlesbrough is seeing average prices 9.7% lower than ten years ago.

In Preston, they are 8.1% below the average seen in 2007, Stockton on Tees 5.7% and Gateshead and Rotherham 3.8%. Other towns and cities where prices are lower include Bolton, Newcastle, Blackburn and Liverpool. 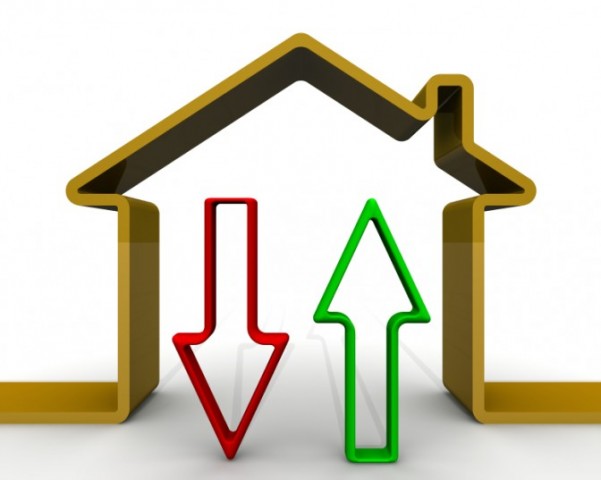 Alex Gosling, the firm’s chief executive officer of HouseSimple, said: ‘The last 10 years has been a golden period for many UK home owners who have sat back and watched the value of their homes rise to record levels. Unfortunately, there are pockets of the UK where property prices have been literally stuck in the past. Many of these home owners will have been in negative equity for a decade.’

‘It must be galling for anyone who bought a property 10 years ago, at the top of the market, and are sitting in a home that is still worth less today than it was when they bought it pre-2008. Worse still, any hope they have of drawing a line under their misfortune, and moving on, is most likely on pause as selling up would mean losing money. Finding the funds for a house deposit is difficult enough without having to cover losses on a house sale as well.’[1]

The latest Asking Price Index from Home.co.uk shows that vendors are re-ent...