One in every four properties purchased in Britain during the third quarter of 2016 was a buy-to-let or ‘second’ property, according to the tax department.

The introduction of the 3% stamp duty surcharge on buy-to-let and additional properties during April has allowed figures to be published on this type of purchase for the first time.

Data published by HMRC indicated that some £670m in stamp duty has been raised since the changes.

Of the 235,000 property sales subject to stamp duty charges, some 56,100 were liable to the extra surcharge. These in turn brought in £440m in extra stamp duty.

The number of additional homes purchased in the second quarter of the year, straight after the surcharge, was lower than those recorded in the third.

Additionally, separate data from the Land Registry indicates that England and Wales, there were 95,300 residential and commercial property sales submitted for registration during September.

Terraced properties are still the most popular, with 26,050 sold during September. Semi-detached came next, with 24,615 sales. Detached recorded 22,763, and sales of flats and maisonettes hit 19,457.

The most expensive residential sale in September was for a semi-detached home in the borough of Kensington and Chelsea, for a cool £10,915,000.

At the other end of the scale, the cheapest transaction was for a flat in Liverpoo, which sold for £12,000.

There has been yet another call for Stamp Duty Land Tax to either be amended or abolished, this time from … 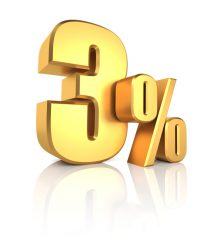 The Welsh government has decided to continue the 3% Stamp Duty surcharge for landlords. The Land Transaction Tax and Anti-Avoidance …

There has been yet another call for Stamp Duty Land Tax to either be amended or aboli...

The Welsh government has decided to continue the 3% Stamp Duty surcharge for landlord...