An extremely alarming new survey shows that more than 250 tenants were evicted from their rental accommodation in England and Wales during 2015.

Latest Ministry of Justice figures reveal that 42,728 households in rented property were evicted by bailiffs last year. This was the highest number since records began in 2000.

Housing activists point to welfare cuts and the lack of affordable homes for the 2% increase in repossessions in 2015. Over half of these evictions are said to have been by private landlords.

Despite the yearly rise, the data also shows that the number of rental properties repossessed actually fell in the final quarter of 2015. 9,775 households lost their home in the three months to December, in comparison to 11,269 in the previous quarter.

In addition, the figures show that the number of evictions rose by 53% in the five years from 2010.

19,093 evictions in England were by social landlords, with 5,919 made by private landlords. A further 16,440 were carried out through the accelerated procedure, which can be utlised by both private and social landlords to evict tenants on assured shorthold tenancies. 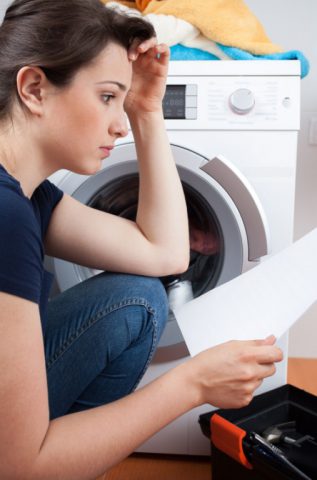 The borough of Newham in London had the largest rate of repossessions, equivalent to 191 per 100,000 in the region. What’s more, Londoners were most likely to lose their homes, with 16 out of the 20 boroughs with the largest proportion of landlord repossessions located in the capital.

‘Today’s figures are clear proof of the devastating impact that welfare cuts and the chronic shortage of affordable homes are having on hundreds of renters every day,’ commented Campbell Robb, chief executive of the housing charity Shelter.[1]

‘Successive Governments have failed to build enough genuinely affordable homes and short-sighted welfare cuts are only making things tougher. The only way to fix this crisis for good is for the Government to commit to building homes that people on ordinary incomes can actually afford to rent or buy,’ Robb added.[1]

Different figures from the Council of Mortgage Lenders show that repossessions of mortgaged homes were down by nearly half in 2015, to the lowest levels since 2002.

10,200 homes were repossessed during 2015, of which 3,000 were buy-to-let homes. These properties were twice as likely to be repossessed by lenders in the final quarter of the year, at a rate of one repossession per 2,500 mortgages. This was in comparison to one in 5,000 in the homeowners market.

A CML spokesman said that when a homeowner fell into mortgage arrears, the lender would look at a number of options to try and keep the occupant in their home. He said that seeking a repossession, ‘will be the last option,’ for the lender.

Continuing, the lender said, ‘a buy-to-let is taken out by a landlord to invest in property and so is fundamentally different. The borrowers may not have the same range of options. For example, many landlords only borrow on an interest-only basis at the outset, so switching them to cheaper repayments may not be an option.’[1]

‘Lenders must also consider the position of tenants, who may be paying rent to a landlord who is not paying the mortgage. In this case, an option may be to appoint a receiver of rent to fulfil the role of the landlord and ensure that tenants can remain in the property as long as they continue to pay the rent,’ the spokesman concluded.[1]